Reject the tyranny of being picked: pick yourself

From a behavioral psychology perspective we all have, to varying degrees, the habit of waiting to be picked. It’s something that is drilled into us from an early age. It’s natural selection on a small scale.

But what he says about gate keepers is very true. The Internet has changed many things and one of the most exciting is its ability to make gate keepers redundant.

It now means the traditional, well worn paths are not the only way to get to where you are going. 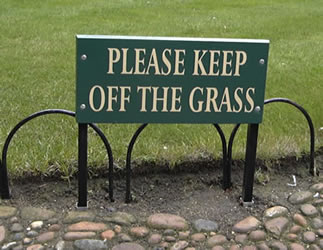 Walk on the grass

Do not feel obliged to stick to the paths. The “parky” has lost his grasp on power, so it’s up to you to take advantage of it.

This is one reason I do not teach conventional job hunting. Sure the recruitment industry prefers you to walk on the paths and wait in line to be picked but is that what you really want? Don’t you deserve better than that?

So bugger them. Stuff the parky. Walk on the grass, feel it between your toes. Know that it makes the parky furious and that you will get a much, much better deal from life when you do.