A few years ago, back when I worked in a factory I coined the term “geographical independence”. My friend dave and I used to dream of a time when we would no longer be tied to the factory and could make our living from anywhere.

Back then it was just wishful thinking; a dream if you like.

A few years on I added another fanciful notion, to add to “geographical independence”, I decided that I want to hang out, drinking coffee, with interesting people, most probably writers, who have cool things to say.

And I suspect when I was a boy, like every other boy, I dreamed of having a Ferrari.

Yesterday I was visiting my friend and author, Ali Campbell. (He makes the best coffee ever). He told me about his latest book, which is a cracker. We didn’t get out for a hurl in his new Ferrari because it was a bit icy, so we will save that for a sunny day.

I haven’t been tied to an office for over ten years and have been fully geographically independent for at least seven. I have worked from France, Spain, Czech republic , canada and Ukraine, over the last few years and nobody noticed.

I have witnessed fanciful notions and boyhood dreams materialise for me and some of the people I know.

At the time I asked for these things I had no idea how to achieve them. I’m not sure I initially believed it was possible. But as the dream persisted I had more ideas as to how to bring it to reality. Ali has never mentioned anything about getting a Ferrari so I expect his was a similar experience, where it just sort of happened.

So go visit your dreams. Ask a lot from life as you may wake up to a new Ferrari in your drive. 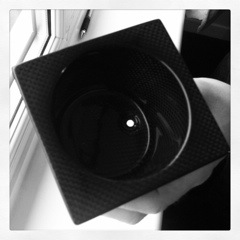