Pulling your finger out 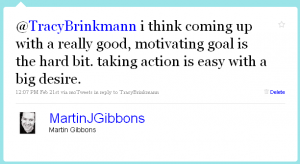 I suppose we are both right. It is really difficult coming up with goals that genuinely motivate you. Coming up with a bunch of stuff you would like to have is easy but it doesn’t empower you. The danger is that it just frustrates you.

Have you ever came across “a man on a mission”? You know when you do. I heard Eddie the Eagle, the UK ski jumper from the 80’s interviewed this week. What a guy. 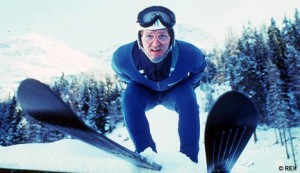 He took a lot of stick for being the worst ski jumper in the world but he had to go through hell to get there. He travelled all over Europe to compete. He slept in his car. He borrowed equipment. He ate food from the bins. He was a man on a mission and did whatever it took.

He had an empowering goal which was so powerful that none of the hard stuff mattered. It didn’t upset him. He was so focused on doing what he needed to do that the tribulations were not really a problem.