The Day I Interviewed Patrick Moore

Back around 1999 we were about to get a Scottish Parliament for the first time in 300 years. I was also interested in making my life a little more interesting at the time and decided I wanted to mix with some celebrities.

I’m not normally that keen to meet celebrities as they often disappoint.  It’s not their fault really, it’s simply that they have great difficulty meeting the expectations we have created for them.

Each of us makes our own version of the people we see on the TV, so the chances of them matching it when you meet them in the flesh are almost impossible.

I heard recently about a chap who was a huge Colin Montgomerie fan (Yes, the golfer). He had posters all over his wall with Mongomerie’s dour coupon looking down at him. 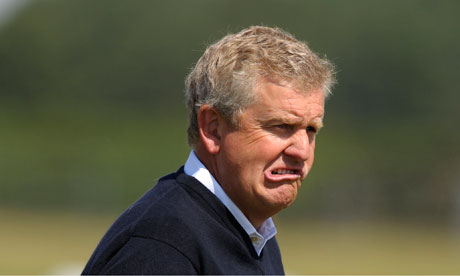 He saved up his money to go see him play at the Scottish open. He pushed his way to the front and waited for days to get a glimpse and get up close to the great man. Finally he was close enough to ask for an autograph as Mongomerie came of the green. Unfortunately Mongomerie just pushed him aside and he never got his signature. So he went straight home and tore down all his posters.

It’s an understandable response however you have to wonder as to the facsimile he had created of Montgomerie. My own impressions are that of a dour Scot. Let’s face it he is Scottish and he is obsessed by golf. That isn’t a recipe for a warm hearted, party person.

But you see I have just applied my own impression based on next to nothing. We do this as humans. Humans are complex. There is a lot of information to process, so we tend to take short cuts.

Unlike a maths class, we do not show our working. We simply leap to conclusions. And we do it every day. It’s a necessary process but it’s still unreliable.

Back in 1999 I met a few celebrities and I have to say was pleasantly surprised by all of them. We had coffee and I asked a few questions for the book I was writing at the time.

The book was essentially about what visitors thought of Scotland having its own parliament and perhaps even its independence. I was amazed at how informed people were. They knew more about it than me. 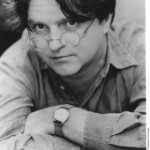 The only celeb that refused to meet with me was Paul Merton but apparently he never gives interviews when touring. I have of course now formed an opinion of him.

I did meet with Uri Geller, who was extremely suspicious initially. For the first few minutes you could see he was sussing me out, trying to decide if I was OK or not. He decided I was and suddenly switched to being extremely warm and interesting. He has energy. It’s a bit like standing under an electric pylon during a rain storm. It radiates from him. 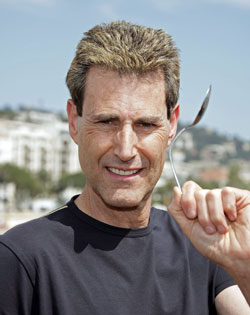 But he was interesting. He had lots to say about Scotland and living in a small country. He talked about his childhood in Israel and how as a baby lying in his cot a bullet hit the wall just above his head.

He even bent me a spoon, which I still have somewhere. All in all a very interesting man and a pleasant experience.

However the most pleasant surprise was meeting Patrick Moore. What a superstar.

He was at a book signing in Borders Books, Buchanan Street, Glasgow. Sadly now closed 🙁

But in typical Moore style he also gave a concert on his xylophone. Book signings tend to be rushed affairs. Authors have to spend weeks doing them, day after day, so I’m pretty sure they must become a real chore. However Patrick had a thirst for life like I have never encountered.

He was interested in everything, which in turn made him interesting. He asked about me and about the book. He talked about what interested me, not just his own subjects. 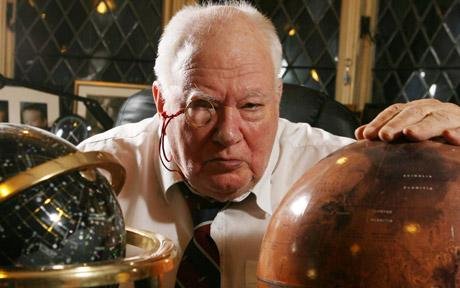 I had already arranged the interview with his agent, so afterwords we went to a private room and had a coffee together.

As you know I started out as a physicist – a really bad physicist. And I know nothing about the stars. I can find the moon on a clear night but that’s about it. But this didn’t matter to Moore. He talked about what I was interested in.

Most surprising of all, he was not the clinical scientist I was expecting. Instead he was a warm human being with a big heart. I suspect it was this side of his nature that was the secret of his long success.

You couldn’t meet this man and not be moved by him.

So although he will be remembered as a great astronomer and scientist, what will not be talked about enough will be the humanity of him. He was very enjoyable company.

He wasn’t at all what I expected. So I suppose it goes to show we have to be careful when we make judgement about people. Perhaps one day I will be proved wrong about Colin Montgomerie too.